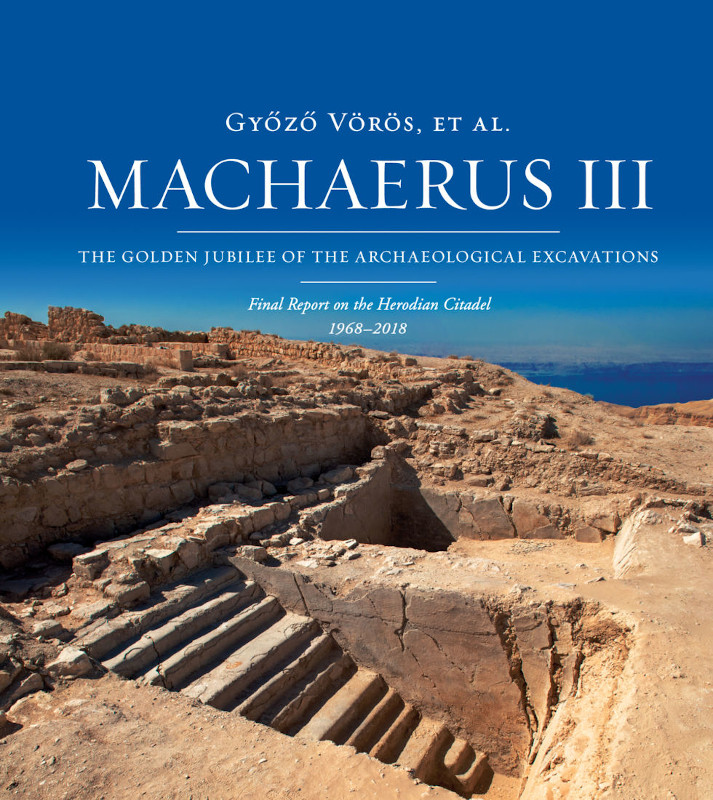 We are pleased to announce that the book Machaerus III. The Golden Jubilee of the Archaeological Excavations. Final Report on the Herodian Citadel (1968-2018) (Collectio Maior 56), by Prof. Győző Vörös and other authors, won the Washington based Biblical Archaeology Society publication award in the category of the Best Scholarly Book on Archaeology 2021.

Machaerus III: Final Report on the Herodian Citadel 1968–2018 celebrates the golden jubilee of excavations at the important Jordanian site of Machaerus. Edited by Győző Vörös, this volume includes a historical review of excavations at the site, the publication of the latest work on the royal palace of Herod (2016–2017), introduction to unpublished material from previous excavations (1978–1981), reassessment of earlier findings, examination of the relationship of the site to its port (Callirrhoe) and to the Jerusalem Temple, along with much more. It is lavishly illustrated with everything from historical photos to the latest in technical imaging.